Clarksdale, Mississippi is known as the birthplace of the blues. Clarksdale has a rich history and culture that is evident in its music, art, and the town’s ambience.

Blues In Clarksdale MS: A Blues Concert 365 Days a Year

Clarksdale, MS is the home of many blues greats that left a lasting impact on American music. Beginning with Son House in the 1930’s, Clarksdale has been a fertile ground for blues musicians. Many other blues greats featured are John Lee Hooker, Junior Parker, Ike Turner, Eddie Boyd and Sam Cook.

For more information on the festivals…

Clarksdale, MS is well known for its bar and nightclub scene. In fact, some have ranked it among America’s best 100 bars and nightclubs. If nightlife is what you’re after, you won’t be disappointed in Clarksdale.

Blues events on Tuesdays are at Bluesberry Cafe and Hambone Gallery. Wednesdays include a Sean “Bad” Apple show, plus Anthony “Big A” Sherrod and friends at the Hambone Gallery. The public is encouraged to come out for the shows in Clarksdale, as it’s a great time to get acquainted with local artists and musicians.

NOTE: Schedule times and band changes frequently happen-please check with the venues listed for the latest information on upcoming shows before going to the establishment.

Ground Zero Blues Club is a music venue located in Clarksdale, Mississippi. The club is owned by Morgan Freeman and Bill Luckett, who are both natives of the area. The club was founded in 2001 with the goal of preserving blues music and promoting it to a new generation of fans. The night time is the right time for Mississippi Delta music at Ground Zero, and Clarksdale, MS should be at the top of your blues bucket list.

Wednesday nights host music at 8pm, Thursday-Saturday attract live music from 9pm-2am on Fridays and Saturdays. The kitchen will serve lunch Tues-Sat and dinner Wed-Sat in the evenings.

The Bluesberry Cafe is one of the top music venues in the area and has been hosting live music for decades. The venue started in 1978 and has continued to grow ever since. The venue is small and intimate which can be an issue when they host bands that have a large fan base, but it also makes for an intimate experience for the blues fans. The Bluesberry Cafe is located in Clarksdale, MS which is about an hour and a half drive from Memphis, TN. This makes it a great weekend trip for music lovers who want to hear some great music.

Red’s Lounge is a blues joint in Clarksdale, MS. The venue is an old juke house that has been around since the 1970s. It opens on Wednesdays and live music begins at 8pm. On Friday and Saturday, the music starts at 9pm, and on Sunday it begins at 7pm. As with most blues joints, you can expect to pay a cover charge when you enter the establishment. (And it is a cash-only establishment). If you’re looking for some good ole’ blues in an authentic juke joint, Red’s is the place for you!

Stan Street’s Hambone Art Gallery is a unique and welcoming space for artists, musicians, and storytellers. It is open daily from 11am until 5pm, with special evening events happening occasionally. The Hambone has been an important part of the Clarksdale community for many years and is definitely worth a visit if you’re in the area.

Stan Street’s Hambone Art Gallery is a must-see for blues fans visiting Clarksdale, MS. The gallery is open weekly, seven days a week and features the work of local artist Stan Street. Street is a self-taught painter who was heavily influenced by the blues music he grew up listening to in Florida. His portraits of Muddy Waters, Elmore James, and Robert Johnson are stunning and showcase his talent for capturing movement and color.

The Shack Up Inn is a short term rental for travelers. It offers guests the opportunity to stay with the property for an overnight or longer to conduct historical business in the Delta region. The Shack also offers live music on Fridays and Saturdays from 7pm during dinner time. The Shack Up Inn also has live music during festivals. Note that they have a “No Children policy.” For more information, see their website.

Things to Do in Clarksdale

But there’s more to this town than just great nightlife options. There are also plenty of things to do during the day. Check out The Delta Blues Museum, where you can learn about the history of the blues and the artists who made it famous. Or visit the Delta Blues Alley Cat Cafe, which is dedicated to promoting and preserving blues music. And if you’re looking for a little bit of everything, head over to The Crossroads, where you can find shopping, dining, and entertainment all in one place.

The Crossroads is referred to as a place where Robert Johnson made a deal with the devil. Robert Johnson was not a skilled guitarist before he met a strange man who played his guitar better than anyone else. After meeting the man, Johnson developed skills with both his guitar playing and harmonica playing. He wrote the song “Me and the Devil Blues” about his time at The Crossroads. There’s no evidence of Johnson ever actually visiting The Crossroads, but rumors persist he did.

Richard Stolle has been living in Clarksdale for several years now and enjoys it immensely. Clarksdale was chosen as a location to “circle the wagons” in regards to Delta blues, with a goal of helping it survive and thrive into the future.

The Delta Blues Museum is the state’s oldest music museum, and it’s chock-full of fascinating artifacts, like old costumes and instruments. Situated in the historic freight depot, the Delta Blues Museum was established in 1979 by the Carnegie Public Library Board of Trustees and has been appointed a Mississippi Landmark Property since 1996. Visitors will find many captivating exhibits here, like the History of the Blues Gallery and BB King’s Lucille guitar. You can also explore interactive displays that allow you to “play” different instruments or watch short films about blues legends like Muddy Waters and Howlin’ Wolf.

The Carnegie Public Library Archeology Collection is a collection of pottery shards, tools and other artifacts from Mississippian mound sites excavated by Clarence Bloomfield Moore between 1900-1902. The library’s purpose is to provide opportunities for information and education. The Clarksdale Library provides a range of services and materials to the people in their community, as well as the region.

Places to Eat in Clarksdale

Go to Tripadvisor page for details.

Places to Stay in Clarksdale

Go to Tripadvisor page for details. 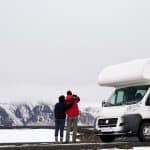 RV Boondocking Tips: What You Need to Know When RV Camping Off-Grid

Moochdocking With Family and Friends