What is a Ghost Gun? Curious Dora takes a look at Ghost Guns

I recently heard the term Ghost Gun on a TV newscast and I wondered-what is a Ghost Gun?

The term “ghost gun” has been around for a few years now, but it’s become increasingly popular in recent months. This is likely due to the fact that they are becoming easier to make with the help of online kits and 3D printing technology.

A ghost gun is a homemade firearm that can be made with a 3d printer. This usually means that the weapon is made without any serial number and isn’t registered with the government. In some cases, it can also refer to firearms which have had their serial numbers removed or altered.

Gun manufacturers are required to put serial numbers on weapons, but the law doesn’t regulate most parts of a weapon. This makes them difficult to trace back to the person who bought them or their origin. They are often made from kits and can be completed in as little as 30 minutes. Because of this, they have become popular among criminals and those who want to avoid background checks. In response to this growing trend, the Biden administration has announced a crackdown on ghost guns, ensuring that the ATF has the leadership it needs to enforce our gun laws.

The number of websites offering these kits has been increasing in recent years, making it easier than ever to assemble your own handgun or AR-15 without going through rigorous background checks and waiting periods. Keep in mind that most of these guns are illegal in states like California, New York, and Illinois. That said, Ghost guns are generally legal, with one exception: if someone is a felon or has been adjudged mentally unstable they cannot make their own firearms under current laws.

How Easy Is It to Get a Ghost Gun?

It’s not as easy as you might think to get your hands on a ghost gun. Although they are becoming more popular, there are still quite a few hoops you have to jump through in order to obtain one.

For starters, only federal authorities can regulate the manufacture, distribution and sale of ghost guns. This means that states need to take immediate action in order to prevent unlawful use of these firearms.

Second, self-made guns are the fastest growing problem in gun safety . More than 1,000 ghost guns are made every month in the United States , and it’s becoming a popular weapon of choice for criminals and people with legal problems.

Finally, only a handful of places make ghost guns legally available . They require a red tape process and many of them do not allow customers to buy the finished product.

The Biden Administration Cracks Down on Ghost Guns

The Biden Administration is committed to ensuring that our gun laws are enforced. This includes cracking down on the manufacture and sale of ghost guns. Ghost guns are firearms that are not registered with the government and thus cannot be traced. The Biden Administration has a track record of success in reducing crime, including domestic violence and religious extremism. They have brought together leadership and innovation to take on this issue, and we can be sure that they will succeed in solving it.

How Do I Get Rid of A Ghost Gun?

It is becoming increasingly difficult to get rid of a ghost gun. these firearms, which are made from parts that aren’t regulated by the federal government, can be assembled in less than an hour without a background check or any documentation. Assembling a ghost gun is as easy as pie-you just need some basic tools and knowledge about firearms.

However, because these weapons avoid all regulation and oversight from law enforcement agencies, they present one of the most dangerous aspects to gun safety in America today. This is why it’s important for individuals who have ghost guns to find ways to get rid of them safely and securely.

One way to dispose of a ghost gun is by surrendering it to authorities. However, this option may not be available in every state or locality. Another way is to sell or give the weapon away to someone else who can legally possess it. Finally, you can destroy the firearm yourself using a method that renders it inoperable.

An Inside Look a the Surging ‘Ghost Gun’ 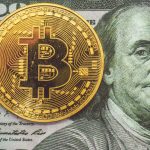 CURIOUS DORA: What is Cryptocurrency and Why Should I Care?

CURIOUS DORA: What is Dim Sum?

CURIOUS DORA: Synthetic Oil – What the Heck Is It? How Does It Work?

CURIOUS DORA: Black Garlic-What Is It? How Do I Make It?

CURIOUS DORA: What is Orange Wine? A Guide to this Unique Type of Wine